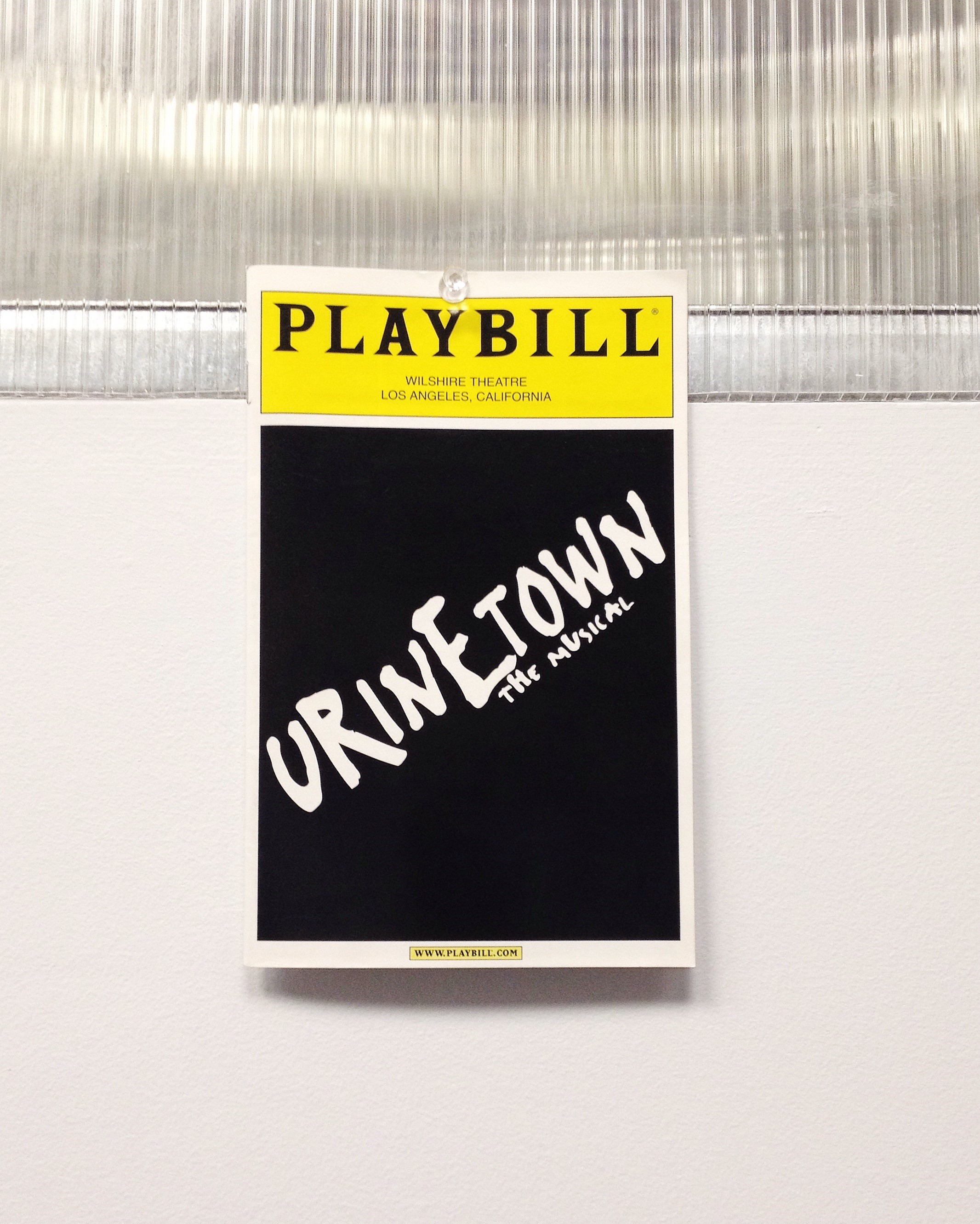 For two weekends starting today, San Mateo High School’s Performing Arts will be presenting the hit Broadway play “Urinetown.” A musical satire of social irresponsibility, “Urinetown” is about a small city that has outlawed the use of private toilets due to an extreme drought with citizens paying for the right to use public restrooms. Taking inspiration from their classmates production, the Environmental Science students at San Mateo High are raising funds to install new environmentally friendly urinals throughout the school.The class took the idea of Urinetown to heart and, wanting to make sure it never happened in their town, will be raising funds during the performances for the purchase and installation of Falcon Waterfree urinals for their campus. One of the students stated, that “With California in a severe drought, I think it’s important for everyone to take action for water conservation. It’s inspiring to know that something we do, like improving our urinals, can save our state such a large quantity of precious fresh water.”

We are proud to support the students in this initiative as California Water Service in San Mateo is one of the only water utility companies in the area to not offer rebates for the purchase of waterless urinals. This is such a great initiative from the students. We always encourage people to think about saving water not just in their own homes, but in every aspect of their lives – and this is a great example!

The biggest waste of clean drinking water is found in the place that we spend as little as time in as possible, the bathroom. By installing water-efficient or waterfree urinals, San Mateo High School can save up to an average or more than 40,000 gallons of water per year/per urinal. With 33 urinals across its campus, the High School can save an up to 1,320,000 gallons of water a year. That’s a pretty impressive number, don’t you think?

“This project gives our students an opportunity to bring a lot of disparate ideas together. In Environmental Science we spend significant time with California’s drought and its consequences for the state’s ecology and economy,” said AP Environmental Science Teacher Miguel Appleman. “The musical Urinetown considers a vision of drought from a more artistic angle, with acting, music and dance.  The project gives students, many of whom are in the class and the show, the opportunity to look at both interpretations of drought, and then we sprinkle in a taste of activism, a bit of a civics lesson.  Here’s a problem, our overuse of water, and they can do more than just watch it happen; they can do something about it, and by bringing in more people, they can move things forward.

After all is said and done, we will post an update on the outcome of San Mateo’s fundraiser and how many urinals were installed in the school. Until then; happy Friday!