Despite higher reservoir levels and increases in water allocation to farmers, the state of California is entering its fifth year of drought. Across the western United States, extensive reports have shown the dramatic reduced snowmelt in the Cascades and Sierra Nevada mountain ranges, a critical provider of water in California and the agricultural belt in its Central Valley. For example, a study from the Pacific Institute shows California’s Snowpack water content has decreased from 87% of normal to 60% in one month due to overall hotter temperatures. Climate change has altered the State’s temperature cycle forever, and El Niño did not bring the relief that California was waiting for. 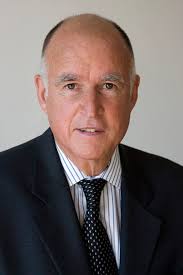 In response, California Governor Jerry Brown issued Executive Order B-37-16, Making Water Conservation A California Way of Life on May 9th, 2016, in an effort to build a drought resilient state. The regulations direct the State Water Resource Board to adjust emergency regulations through January 2017 and recognize the differing water supply conditions over the state. It also gives power to local communities to weigh in on their own conservation goals.

In addition, the order makes numerous conservation practices permanent. For example: It prohibits the practice of eliminating waste water, and requires to strengthen local drought resiliency by updating requirements for urban Water Shortage Contingency Plans. Each water agency will continue to have a customized conservation target and adopt practices that improve water saving with the goal of generating more savings than the existing requirements.

To achieve these targets, cities and agencies across the state will have to make long term commitments to rebate programs that encourage the use of high efficiency fixtures, such as Falcon’s Waterfree Technologies’ waterless urinals and hybrid and commit to serious conservation outreach that will drive results.

There is no doubt that California’s water situation needs the implementation of policies and programs along with water conservation technologies to prepare the state for the uncertainty of the weather and the aggravating effects of global warming. As we watch these new regulations go into effect and conservation laws be considered, one can only hope that older, less water efficient buildings and practices be phased out in the early years.

[CLICK HERE TO LEARN MORE ABOUT OUR WATER CONSERVATION TECHNOLOGIES]